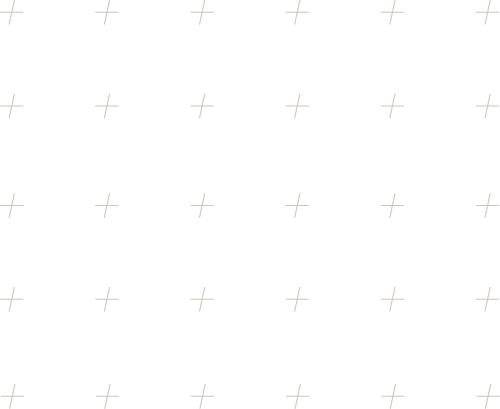 "Our strong results reflect the investments we have made to expand our product capabilities and improve our cost structure. These investments have positioned Lear extremely well to take advantage of major industry trends," said Matt Simoncini, Lear's president and chief executive officer.

In the Seating segment, sales were up 3% to $3.6 billion, reflecting improved production volumes on key platforms and the addition of new business partially offset by the impact of foreign exchange. Excluding the impact of foreign exchange and commodity prices, sales increased 8%. Adjusted segment earnings were $299 million or 8.3% of sales. Margins improved 200 basis points from a year ago, reflecting the increase in sales and strong operating performance.

In the Electrical segment, sales were up 2% to $1.1 billion, reflecting the addition of new business and improved production volumes on key platforms partially offset by the impact of foreign exchange. Excluding the impact of foreign exchange and commodity prices, sales increased 8%. Adjusted segment earnings were $154 million or 14.5% of sales. Margins improved 120 basis points from a year ago, reflecting the increase in sales and favorable operating performance. This marks our 26th consecutive quarter of year-over-year margin improvement.

In the first quarter of 2016, free cash flow was $201 million, and net cash provided by operating activities was $289 million.

For more information regarding our non-GAAP financial measures, see "Non-GAAP Financial Information" below.

During the first quarter of 2016, Lear's Board of Directors authorized an increase in Lear's share repurchase authorization, bringing the total value of shares that may be repurchased to $1 billion. In addition, the Board increased Lear's quarterly cash dividend by 20%, to $0.30 per share.

Since initiating the share repurchase program in early 2011, Lear has repurchased 36.7 million shares of its common stock for a total of $2.6 billion at an average price of $69.67 per share. This represents a reduction of approximately 35% of our shares outstanding at the time we began the program.

Lear is increasing its full year 2016 financial guidance for earnings and free cash flow based on our strong first quarter performance and outlook for the full year.

In addition to the results reported in accordance with accounting principles generally accepted in the United States ("GAAP") included throughout this press release, the Company has provided information regarding "pretax income before equity income, interest, other expense, restructuring costs and other special items" (core operating earnings or adjusted segment earnings), "adjusted net income attributable to Lear" (adjusted net income), "adjusted diluted net income per share attributable to Lear" (adjusted earnings per share), "tax expense excluding the impact of restructuring costs and other special items" and "free cash flow" (each, a non-GAAP financial measure). Other expense includes, among other things, non-income related taxes, foreign exchange gains and losses, gains and losses related to certain derivative instruments and hedging activities, gains and losses on the extinguishment of debt and gains and losses on the disposal of fixed assets. Adjusted net income and adjusted earnings per share represent net income attributable to Lear and diluted net income per share attributable to Lear, respectively, adjusted for restructuring costs and other special items, including the tax effect thereon. Free cash flow represents net cash provided by (used in) operating activities, excluding the settlement of accounts payable in conjunction with the acquisition of Eagle Ottawa, less capital expenditures.

Core operating earnings, adjusted net income, adjusted earnings per share, tax expense excluding the impact of restructuring costs and other special items and free cash flow should not be considered in isolation or as a substitute for pretax income before equity income, net income attributable to Lear, diluted net income per share attributable to Lear, cash provided by (used in) operating activities or other income statement or cash flow statement data prepared in accordance with GAAP or as a measure of profitability or liquidity. In addition, the calculation of free cash flow does not reflect cash used to service debt and, therefore, does not reflect funds available for investment or other discretionary uses. Also, these non-GAAP financial measures, as determined and presented by the Company, may not be comparable to related or similarly titled measures reported by other companies.

For reconciliations of these non-GAAP financial measures to the most directly comparable financial measures calculated and presented in accordance with GAAP, see the attached supplemental data pages which, together with this press release, have been posted on the Company's website through the investor relations link at http://www.lear.com.

Given the inherent uncertainty regarding special items and other expense in any future period, a reconciliation of forward-looking financial measures to the most directly comparable financial measures calculated and presented in accordance with GAAP is not feasible. The magnitude of these items, however, may be significant.

This press release contains forward-looking statements within the meaning of the Private Securities Litigation Reform Act of 1995, including statements regarding anticipated financial results and liquidity. The words "will," "may," "designed to," "outlook," "believes," "should," "anticipates," "plans," "expects," "intends," "estimates," "forecasts" and similar expressions identify certain of these forward-looking statements. The Company also may provide forward-looking statements in oral statements or other written materials released to the public. All such forward-looking statements contained or incorporated in this press release or in any other public statements which address operating performance, events or developments that the Company expects or anticipates may occur in the future, including, without limitation, statements related to business opportunities, awarded sales contracts, sales backlog and ongoing commercial arrangements, or statements expressing views about future operating results, are forward-looking statements. Actual results may differ materially from any or all forward-looking statements made by the Company. Important factors, risks and uncertainties that may cause actual results to differ materially from anticipated results include, but are not limited to, general economic conditions in the markets in which the Company operates, including changes in interest rates or currency exchange rates; currency controls and the ability to economically hedge currencies; the financial condition and restructuring actions of the Company's customers and suppliers; changes in actual industry vehicle production levels from the Company's current estimates; fluctuations in the production of vehicles or the loss of business with respect to, or the lack of commercial success of, a vehicle model for which the Company is a significant supplier; disruptions in the relationships with the Company's suppliers; labor disputes involving the Company or its significant customers or suppliers or that otherwise affect the Company; the outcome of customer negotiations and the impact of customer-imposed price reductions; the impact and timing of program launch costs and the Company's management of new program launches; the costs, timing and success of restructuring actions; increases in the Company's warranty, product liability or recall costs; risks associated with conducting business in foreign countries; the impact of regulations on the Company's foreign operations; the operational and financial success of the Company's joint ventures; competitive conditions impacting the Company and its key customers and suppliers; disruptions to the Company's information technology systems, including those related to cybersecurity; the cost and availability of raw materials, energy, commodities and product components and the Company's ability to mitigate such costs; the outcome of legal or regulatory proceedings to which the Company is or may become a party; the impact of pending legislation and regulations or changes in existing federal, state, local or foreign laws or regulations; unanticipated changes in cash flow, including the Company's ability to align its vendor payment terms with those of its customers; limitations imposed by the Company's existing indebtedness and the Company's ability to access capital markets on commercially reasonable terms; impairment charges initiated by adverse industry or market developments; the Company's ability to execute its strategic objectives; changes in discount rates and the actual return on pension assets; costs associated with compliance with environmental laws and regulations; developments or assertions by or against the Company relating to intellectual property rights; the Company's ability to utilize its net operating loss, capital loss and tax credit carryforwards; global sovereign fiscal matters and creditworthiness, including potential defaults and the related impacts on economic activity, including the possible effects on credit markets, currency values, monetary unions, international treaties and fiscal policies; and other risks described in the Company's Annual Report on Form 10-K for the year ended December 31, 2015, and its other Securities and Exchange Commission filings. Future operating results will be based on various factors, including actual industry production volumes, commodity prices and the Company's success in implementing its operating strategy.

Information in this press release relies on assumptions in the Company's sales backlog. The Company's sales backlog reflects anticipated net sales from formally awarded new programs less lost and discontinued programs. The calculation of the sales backlog does not reflect customer price reductions on existing or newly awarded programs. The sales backlog may be impacted by various assumptions embedded in the calculation, including vehicle production levels on new programs, foreign exchange rates and the timing of major program launches.

Lear Corporation (LEA) is one of the world's leading suppliers of automotive seating and electrical distribution systems. Lear serves every major automaker in the world, and Lear content can be found on more than 350 vehicle nameplates. Lear's world-class products are designed, engineered and manufactured by a diverse team of approximately 136,000 employees located in 36 countries. Lear currently ranks #174 on the Fortune 500. Lear's headquarters are in Southfield, Michigan. Further information about Lear is available at http://www.lear.com or follow us on Twitter @LearCorporation.